Our Travels: What We Miss About Living in Seoul, South Korea

In this episode, we interview…ourselves!

Every month, we will be releasing an episode where it is just us talking about our past adventures and a theme that we found during that trip and what we learned about it.

In this episode, we talk about what we miss most about living in Seoul, South Korea. Since moving to Toronto, Canada, there have been several times we think back to our lives in Seoul and about what we miss about life in Korea. We talk about the food we miss, convenience, public transportation, and travel, among a few other things.

What We Miss about Living in Seoul, South Korea

This conversation began when we came home this week with some Korean fried chicken. Something we had not had in a while and something that made us reminisce on what we miss most about living in Seoul, South Korea.

In 2014, I moved to Seoul to teach English. I would spend a little more than three years in the country and almost all of that time was spent with Natalie who was born and raised there. We enjoyed the city, but we knew that it was not where we wanted to spend the rest of our lives.

In 2017 we relocated to Toronto, Canada where we thought would be a good place to start to settle down in between taking trips when we can. Since coming back there has been numerous times that we have thought back to our lives in Seoul. Even though we love it here in Toronto, there is so much we miss about our lives back in Seoul.

We recently wrote a post on our main blog about the different food that you should eat and where you should eat it in Seoul, South Korea. In this episode, we cover some of these foods including Shabu Shabu, Tongkatsu, Korean fried chicken, Korean barbecue, and live octopus.

Fortunately for us here in Toronto, the city we live in is very diverse which means Korean food is plentiful. We live fairly close to Korea Town in downtown Toronto so we do get our fill of some of our favorite dishes. However, nothing beats some of the restaurants that we became regulars at in Seoul.

Not only the quality of the food, but the price was much more affordable while in Seoul than it is here in Toronto.

We also talk about how convenient it is to live in Seoul. First, getting delivery is amazing as it is rarely charged for and there is no tipping culture. This makes eating even more affordable. Also, places are open later and there is never a lack of food opportunities late after a night on the town.

Also, getting around the city is efficient and affordable as well. The subway system will take you anywhere in the city that you need to go and costs about $2 USD a trip. The transit is clean, safe, and most importantly always on time. There are few cities that run like Seoul does when it comes to public transit.

Buses are just as reliable, but taxis are fairly inexpensive as well. The convenience of the city is just an ongoing list.

This is a big plus for any country you are visiting. There is just no better feeling than walking down a street at night with little to no worry about your safety. Of course whenever you are traveling you should be aware of your surroundings. However, I have never felt safer in a city than in Seoul.

Back in Toronto, things are a little bit different. Seoul is a much more cramped and lit up city so you never feel like you are alone in the dark. There are security cameras installed everywhere and gun violence is almost non-existent.

It is definitely a great place to visit if you are looking for a safe place to travel.

Having moved to Toronto, it is difficult to take advantage of public holidays to travel as holidays are a long weekend of three days including Saturday and Sunday. Whereas in Korea, public holidays are usually bunched together and include four or five days that allow you to travel to nearby countries easily.

Also, since neighboring countries are so close and have such a different culture, it makes it a great place to travel at a fair price.

If you do not want to leave the country over the holidays, traveling within Seoul or throughout South Korea is still a great thing to do. Especially with using the public transit system.

Life in Seoul was good to us. We were spoiled by the food, convenience, and travel that we were able to accomplish during our time together there. However, we are still happy with our lives in Toronto and will likely not go back to Seoul to live.

There are just some times that we look back fondly at our lives in Seoul. We will always have Korea town in downtown Toronto to satisfy our Seoul sickness. 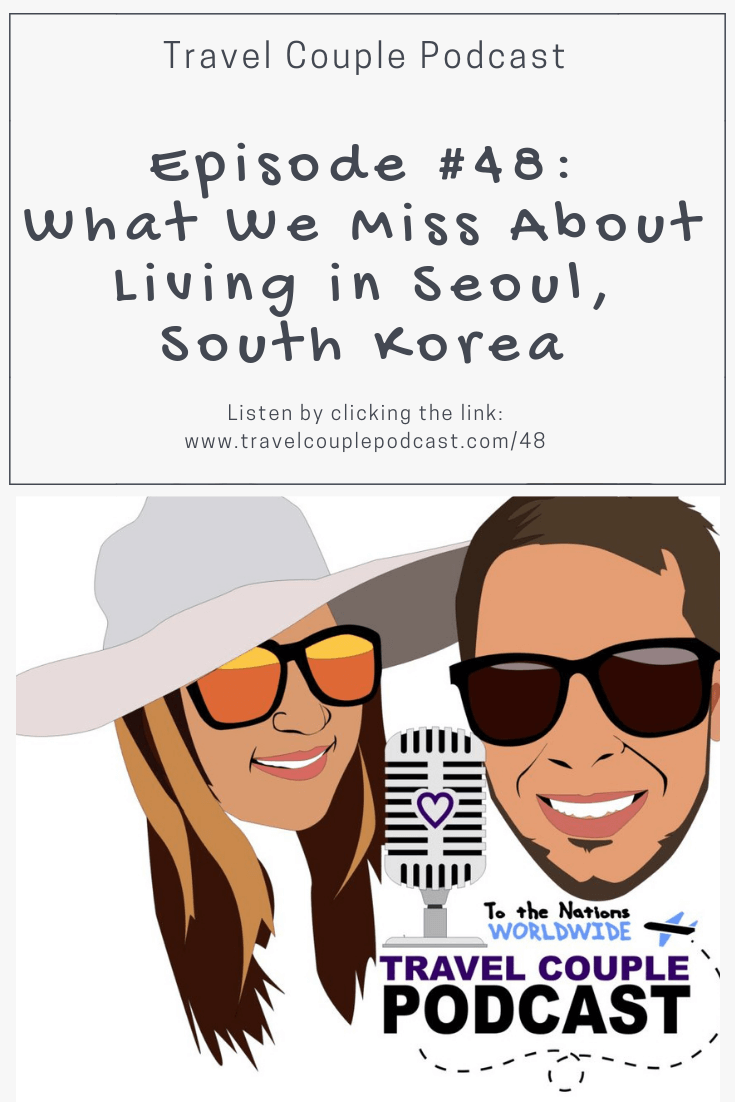 Research, plan, and book your travels with this guide to saving you time and money on your next trip.
Every traveler needs a travel blog to document their journey and start building their portfolio of writing, photography, and videos. This is the jack of all trades guide to creating your travel blog to start traveling the world while earning money.
Supplementing your travel blog with imagery is the best way to capture your readers’ attention. With this guide, you will be well on your way to take incredible photos and capturing those special travel moments.