Traveling and Working with Your Spouse with Nuventure Travels

Traveling and Working with Your Spouse 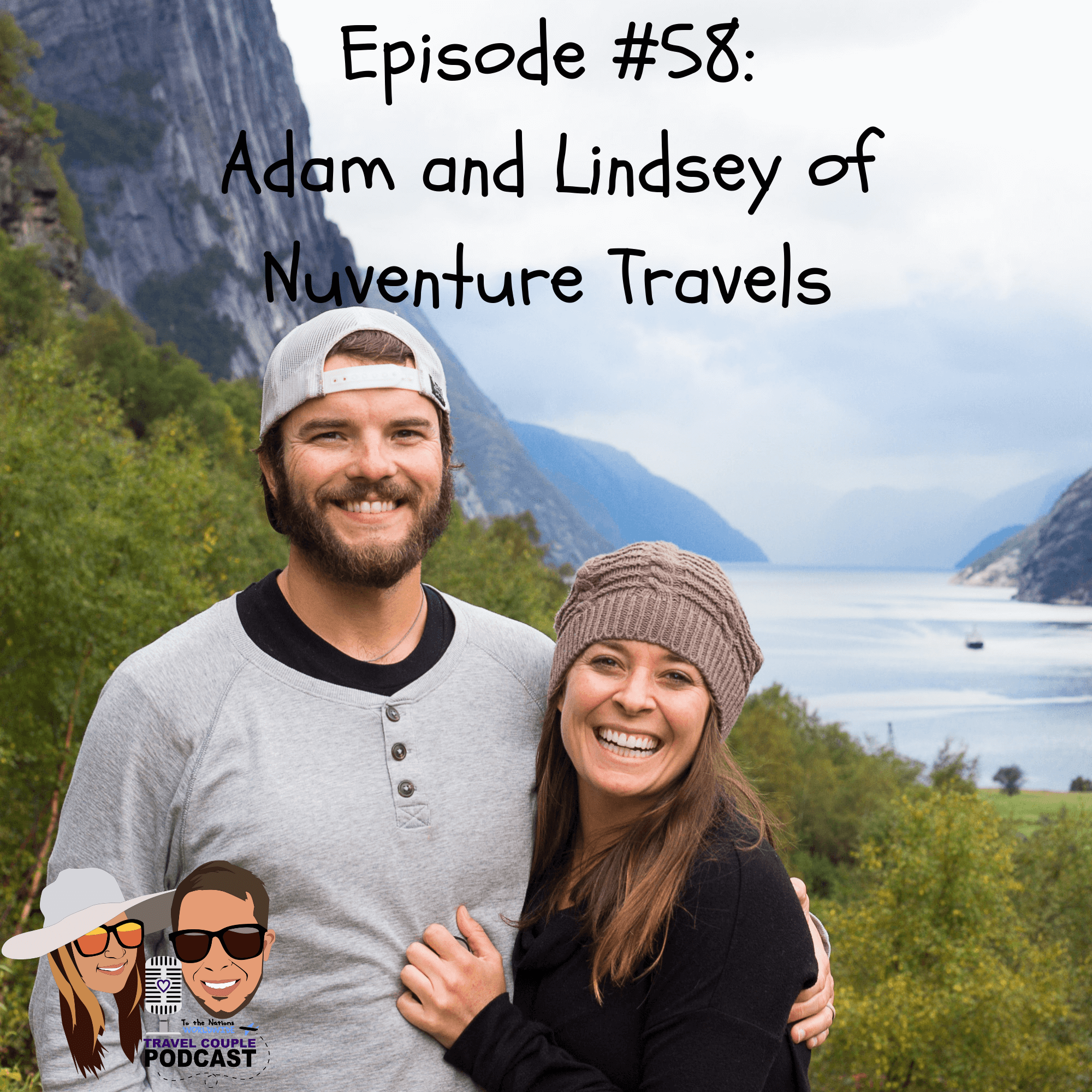 In this episode, we are joined by Adam and Lindsey of Nuventure Travels. They are an American Travel Couple that saved up money after their honeymoon so that they could travel the world full time and left in June 2014. Since then they have created a base camp in Colorado where they prepare to introduce a new member in their family. We talk with them about their journey together, working together, and their new project the Nomad Collab.

Adam and Lindsey met in university. As friends and when they were dating they both had always talked about travel. When they came back from their honeymoon, they sat down and created a budget to travel the world for two full years without working. They paid off debt, created an emergency fund, and saved up enough money to go traveling in June 2014. They have since returned back to the United States where they now have created a home base in Colorado and will be having a baby this year.

Travel for the two of them is all about fulfilling their curiosity of the world. They are curious about different cultures, different people, and all the different places in the world and travel is the way in which they can learn more about the world around them.

Their most rewarding travel experience was in New Zealand when they bought a mini van where they roamed around and camped out. While camping they met another couple that was doing the same thing and with Adam starting his CPA business, he really came to the realization that this lifestyle was achievable.

One of their most awkward travel memories was when they were in Thailand on an overnight ferry. While on the ferry, Lindsey had to go to the bathroom and it was just a pail full of roaches. Later in the night when she was sleeping, the boat had caught fire while Adam was awake and the cabin had began to fill up with smoke.

Their worst airline experience was when they took a budget airline that would not even offer them water and always tried selling things. From this point they realized it is not always best to pinch pennies when traveling. A bad travel experience came when they were in Kuala Lumpur and Adam lost his wallet and had to go back to the movie theater to find it so that they could leave the country the next day.

Lindsey found that traveling really helped them in the way that they argue and work through arguments. They found that before they left for travel they would argue for days as they would rarely see each other except shortly in the mornings before work and late at night after work. However, when they were traveling in a camper van where every single minute of every single day they were around each other, they learned very quickly how to communicate much better. They also learned one another’s nuances and were able to help each other through different things.

When it comes to a destination they would like to return to, they choose New Zealand with their new family member on a road trip as they had done before. They really enjoyed the lifestyle of living in a camper van and driving around New Zealand together.

Their final advice for couples wanting to go traveling together is to discuss expectations. This includes what each person expects to do when arriving in a destination and get out of a trip. Adam suggests to have a morale check each day using a scale of one to ten in order to understand and communicate what is wrong or what is going well on a trip.

The name Nuventure Travels came from combining their last name with the word “Adventure” in order to create the name Nuventure. A couple of life events propelled them towards finally taking the leap towards traveling the world together and begin to document their travels online.

One of the most difficult things for them when traveling was finding WIFI in order to be able to post and update their social media channels and for Adam to be able to complete his work that needed to be done. Especially when they only had one computer, they had to create a schedule to find a coffee shop with WIFI and who would have the computer and when.

When it comes to Nuventure Travels, Lindsey handles that. She makes sure that she creates a blog post once a month and to update social media channels. Adam takes care of the CPA business side of things.

One business venture they have recently embarked on with a couple of other travel couples is Nomad Collab. This is a community for others to join that can learn more about nomad lifestyles and how you can live this type of lifestyle.

One thing that Lindsey wish she had known before starting this lifestyle is the skill of adapting and transitioning as it is the thing that you will be doing the most when traveling and moving from place to place. 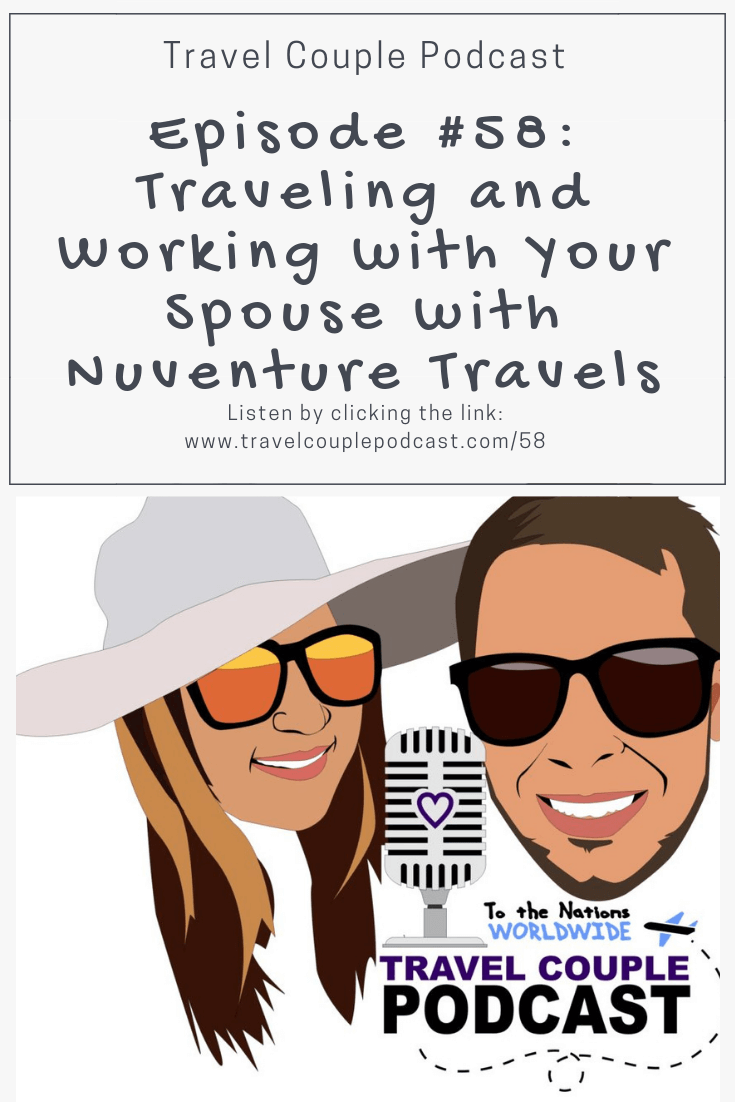 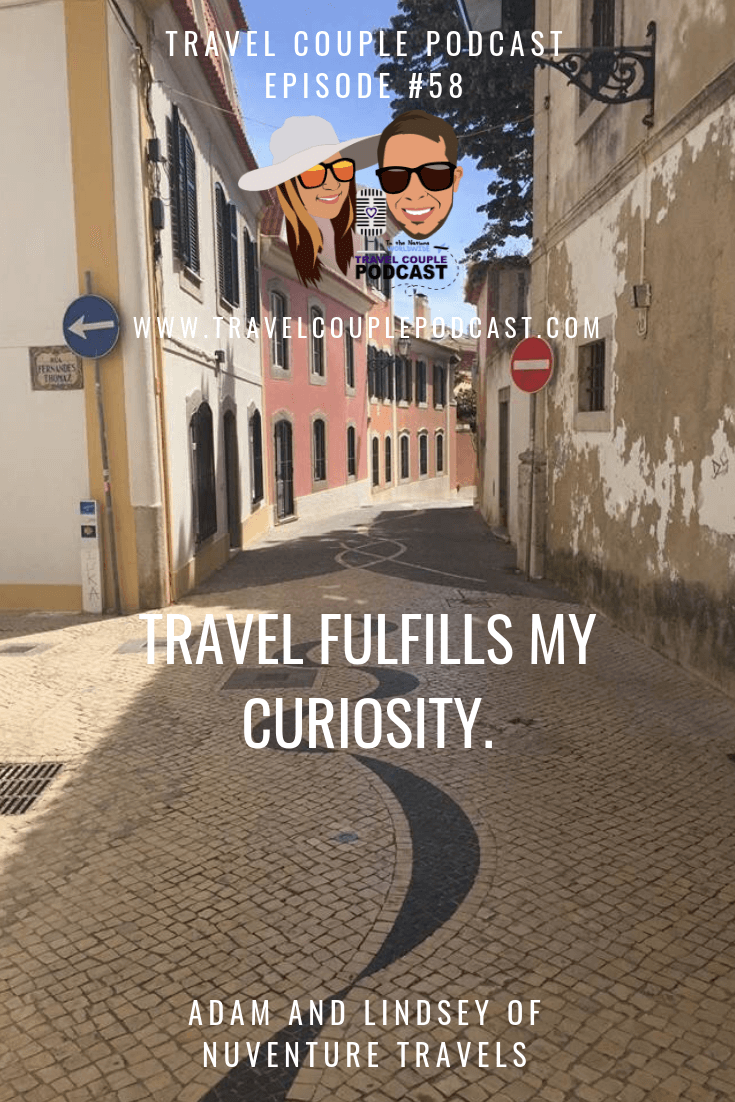 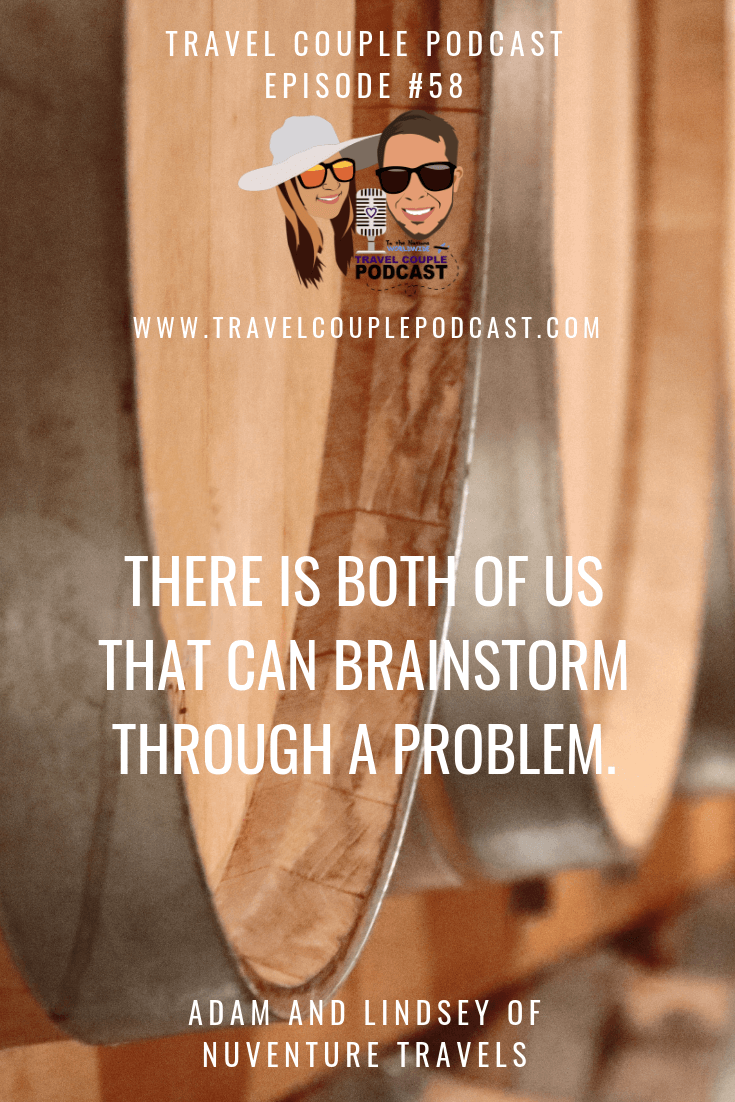 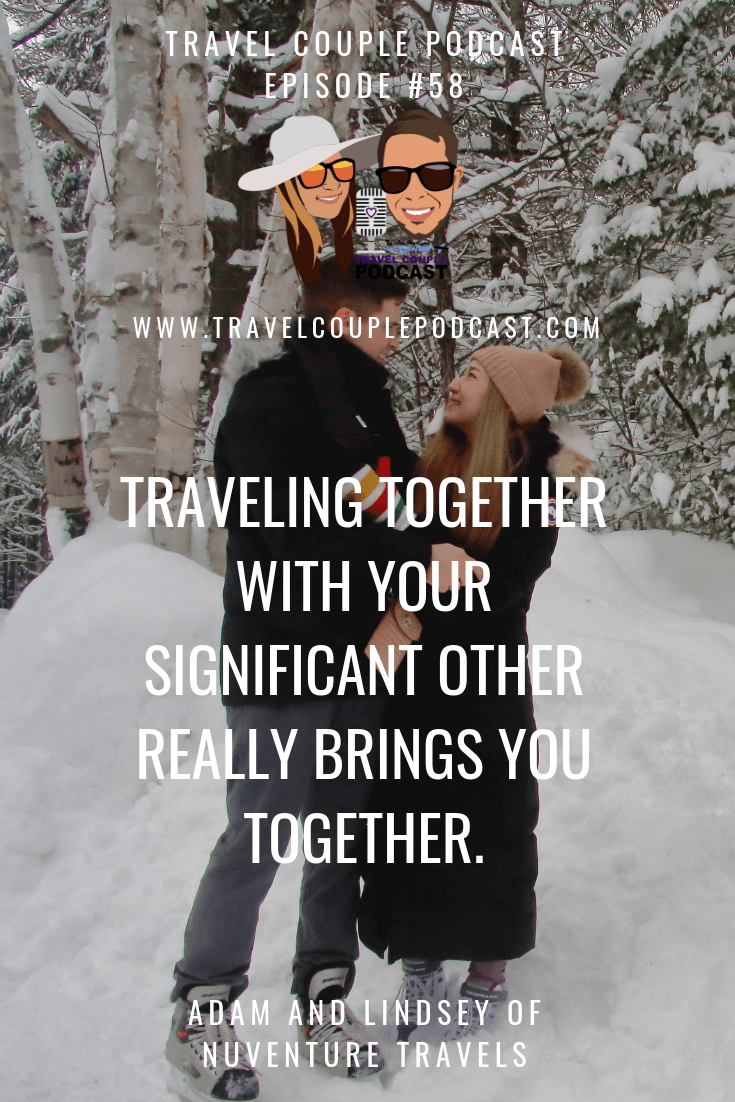 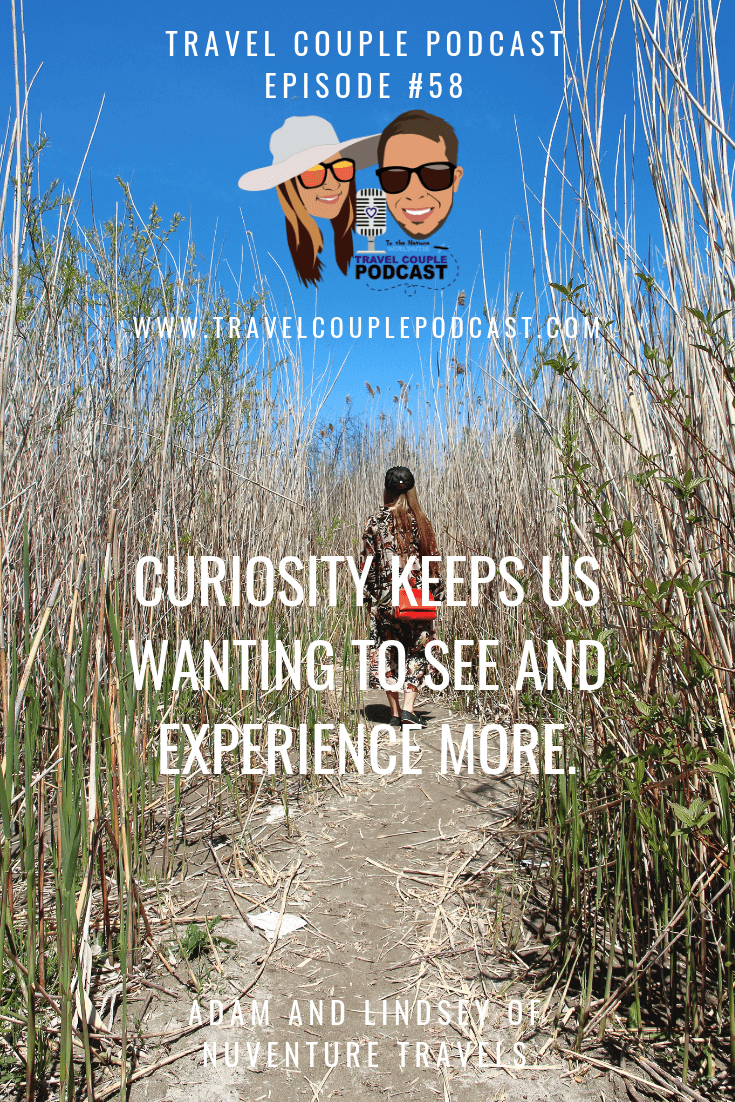 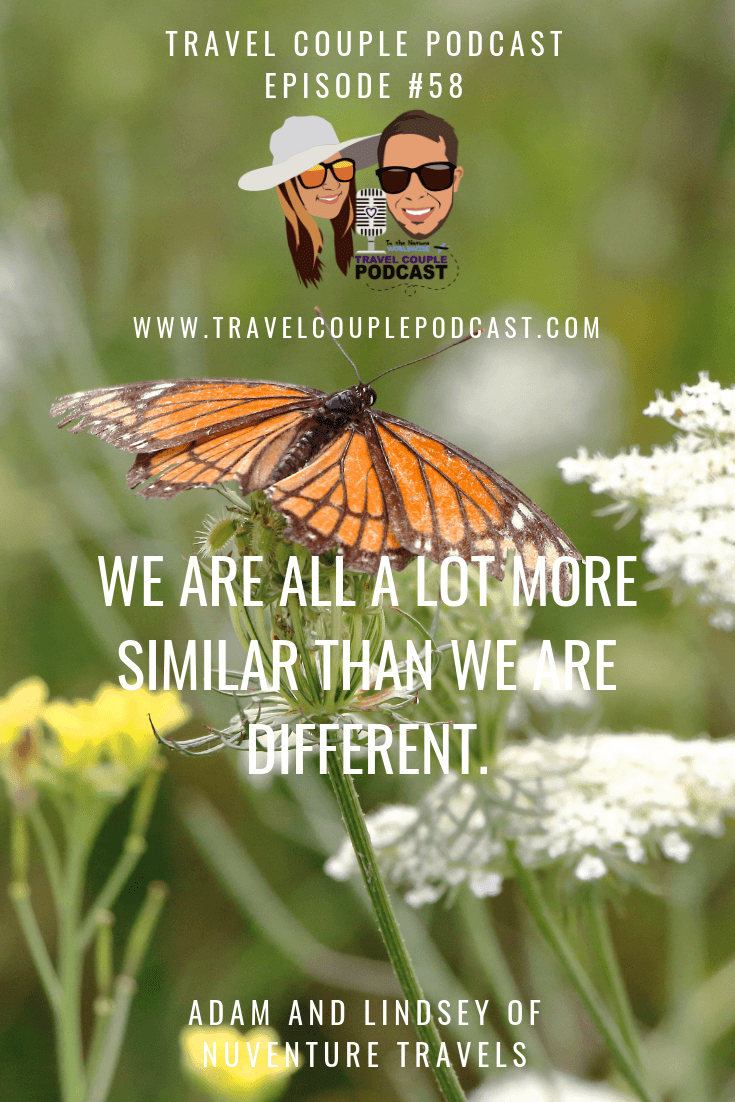