Creating an Identity Online with NY See You Later

The Importance of Creating an Identity Online 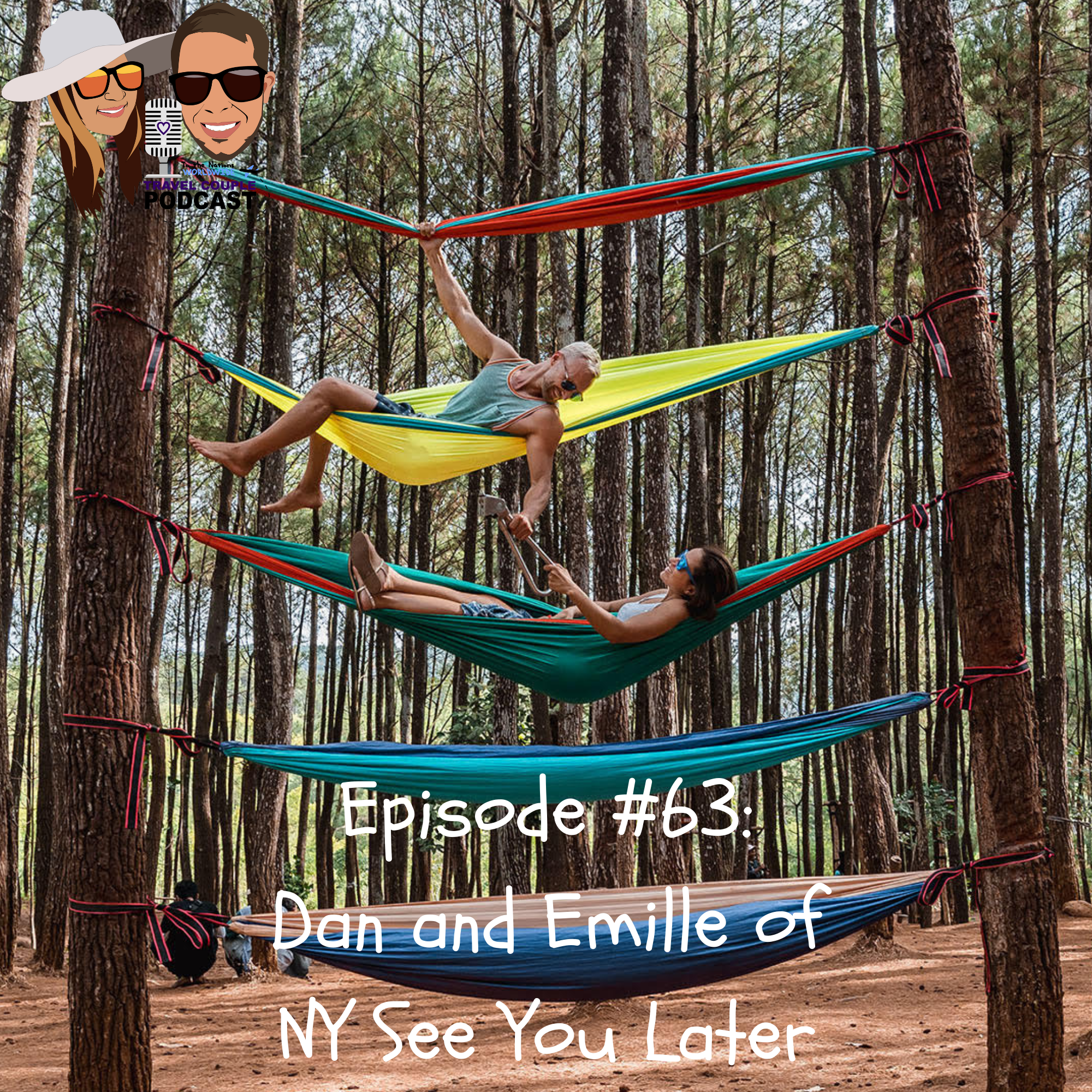 In this episode, we are joined by Dan and Emille of NY See You Later. They met in New York City, later married, and went on a round the world trip together saying see you later to NYC. They carry a New York City subway handle with them everywhere they go to take photos with on their travels and post them online. We talk with them about the importance of creating this concept as content creators, their travels around the world, and what is next for the two of them.

Dan and Emille said See You Later to New York after being there for some time. They thought if they sold their one bedroom apartment they could get out and travel the world together. The two of them met at church based on the two of them being from Florida and eventually they became a couple. It was before this that Dan began the concept of bringing the subway handle with them on their journey.

Why travel? Because there is so much to see in the world. The people, the culture, the food, the architecture, and so much more that you can experience when you travel the world is why Emille loves to travel. For Dan, he enjoys traveling like the locals do and trying to learn new languages.

They were last in Bali, Indonesia for a month to relax and focus on work to get on a routine before coming back to America. At the time of this interview they are in Orlando, Florida for a home base at the moment. While figuring out what they want to do with the rest of their lives, they came back to America to help Dan’s mom as she is an author. They have created a studio and working to create audiobooks from her work and to promote them. You can find out more of this work at CB Hoffman. In the future they will go back to Brazil to help out Emille’s family as well.

The most rewarding travel experience together likely came in Peru where they did a hike that was incredibly rewarding to accomplish together. Another rewarding experience was getting scuba certified and being able to experience the world below the surface of the ocean. One of their most awkward travel experience came during their busing in South East Asia when the buses smelled like stinky feet.

Their worst travel experience came when Dan was driving a motorcycle in Indonesia with Emille on the back. Not far from their hostel, they got into an accident which caused them to slide for about ten feet. This led to an infection for Dan. They visited many clinics as their trip continued on to Singapore. This was just the beginning of the journey in hospitals when they returned back to America. Luckily they did get traveler’s insurance through the Divers Alert Network.

Traveling full-time was like going through the first year of marriage all over again as they were with each other 24/7 without break. You learn a lot more about the other person when you are always with them. Learning each other through communication and understanding one another is so crucial for when you are traveling together as a couple.

Their advice for couples out there wanting to get out on the road together is to be ready to learn from each other and understand that there will be bad days along with the good days and to be prepared for those. If you are wanting to create content around your travels, make sure that you schedule off days where you are not concerned and stressed about capturing photos and getting from one place to another. It is this added stress that will cause even more arguments.

While on the subway in New York, Dan saw an ad for the New York City Subway museum selling some items. It was there where he found the subway handle that would become their concept. When he brought it to a party, he knew he had a good concept when people were checking it out and taking photos with. From here the concept of NY See You Later was born.

One thing they wish they had known before starting this lifestyle is to learn more and get engaged. Learn how to set up a website, take good photos, and think about a concept that you can implement to set yourself apart from the others. Focus on what you can offer to people and just be yourself.

Another thing they suggest is to travel light. This begins in planning. If you are planning to visit many countries that have different climates, you may need to purchase clothing when you are there so that you can pack light.

More About NY See You Later 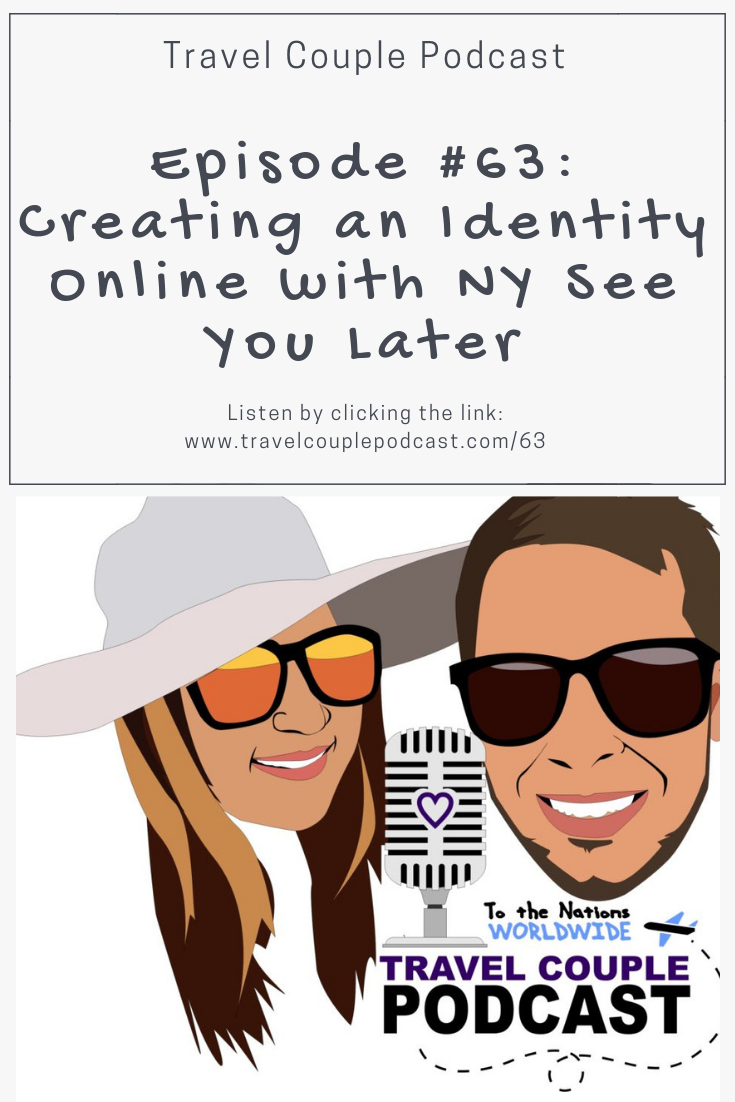 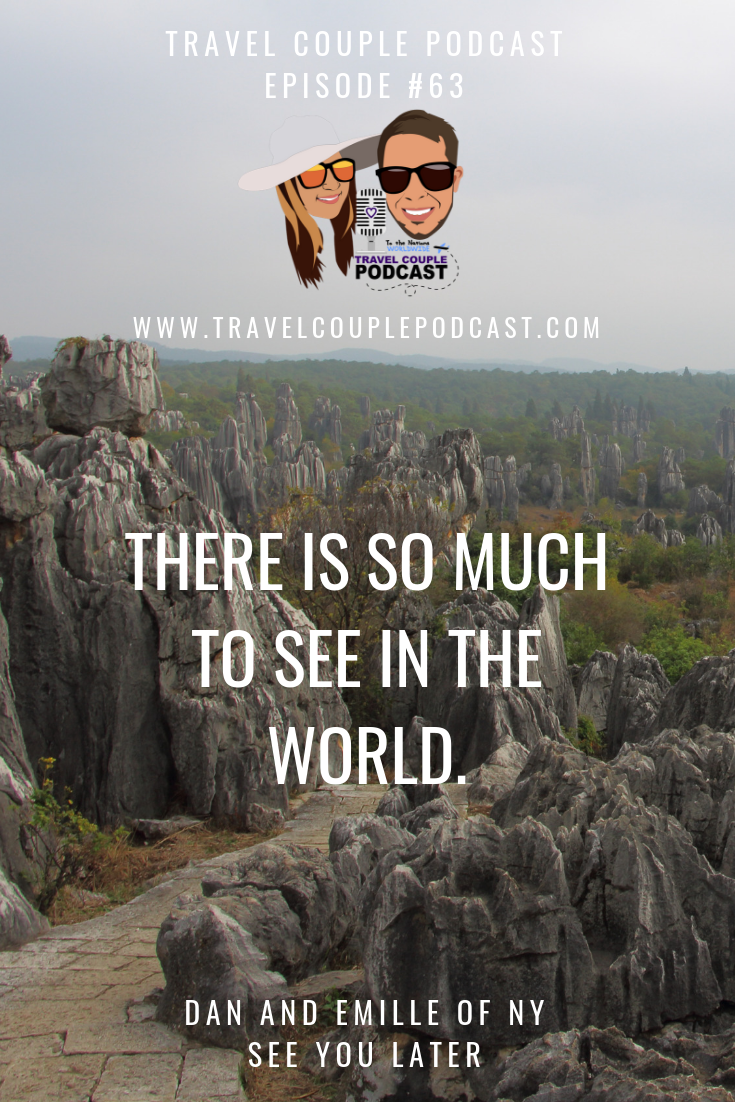 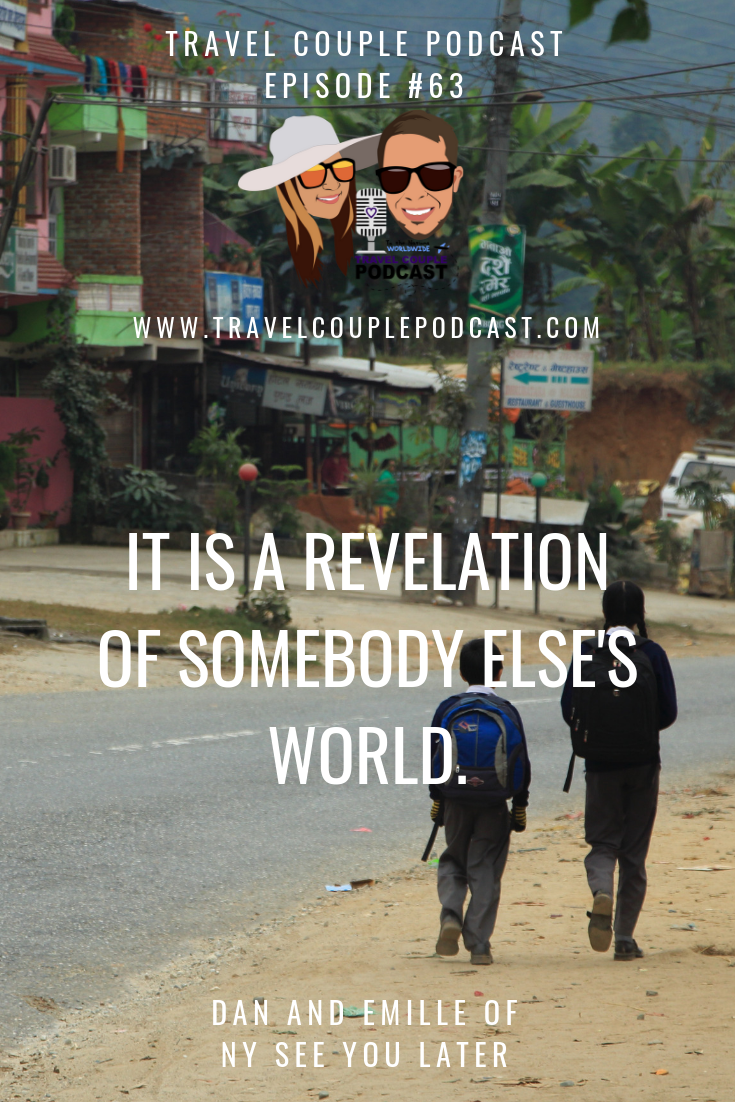 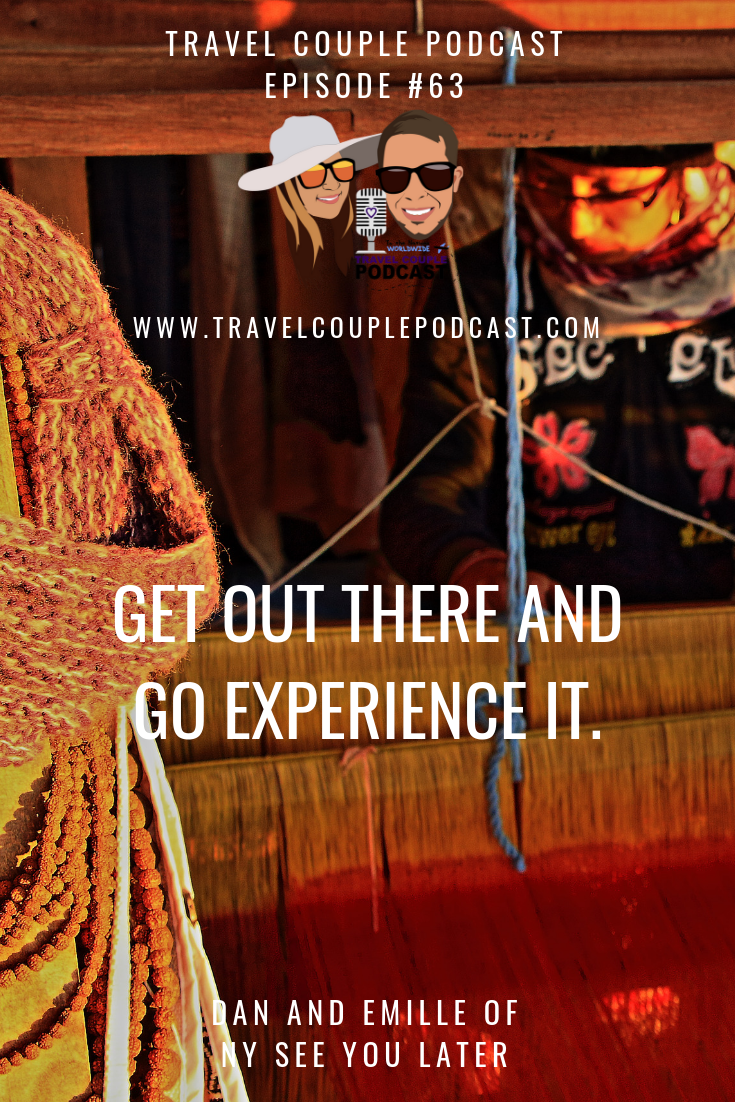 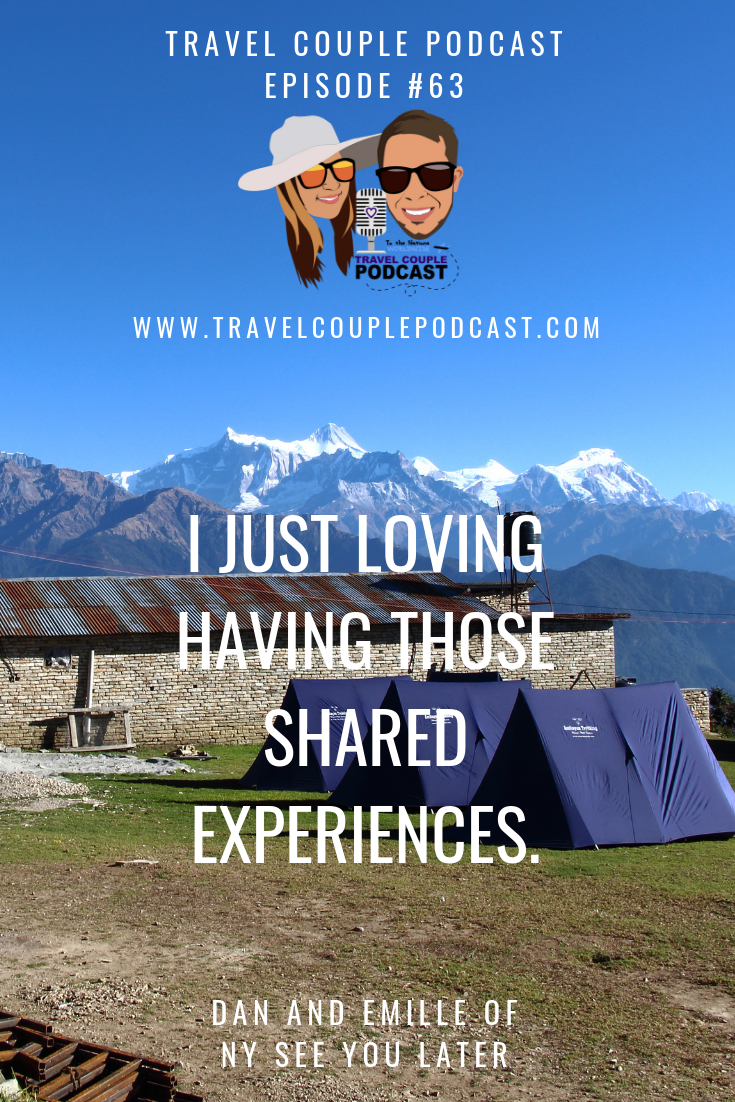 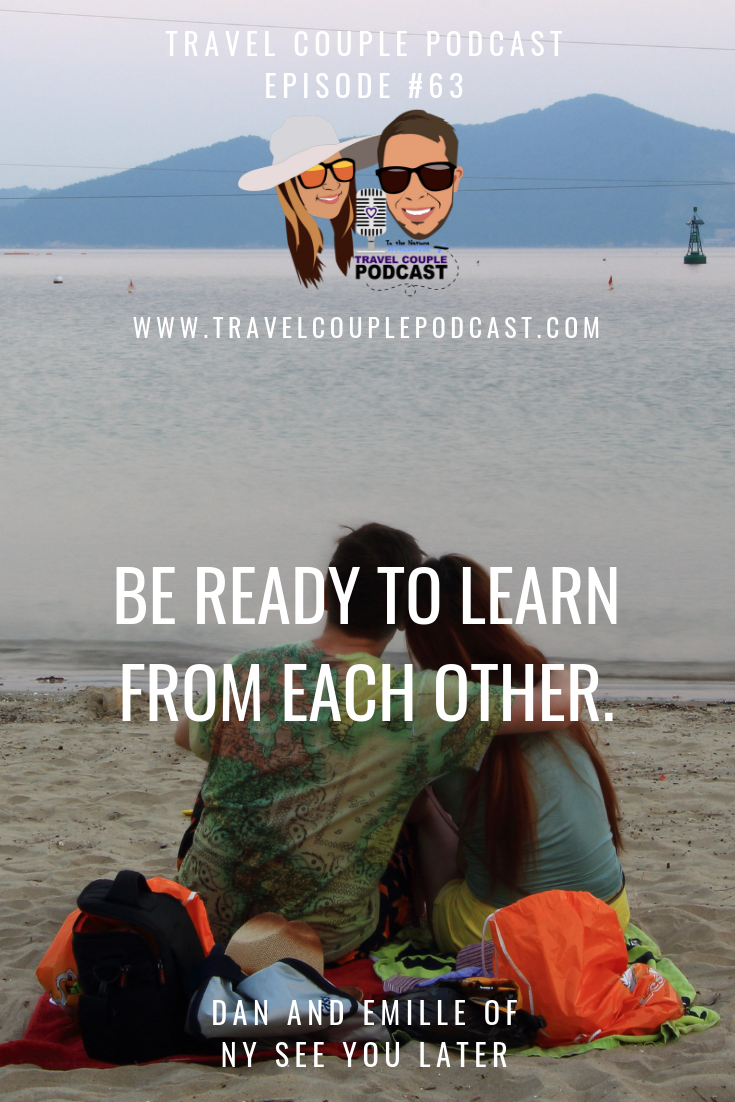