Building an Online Community with the Creators of Creative Travel Couples 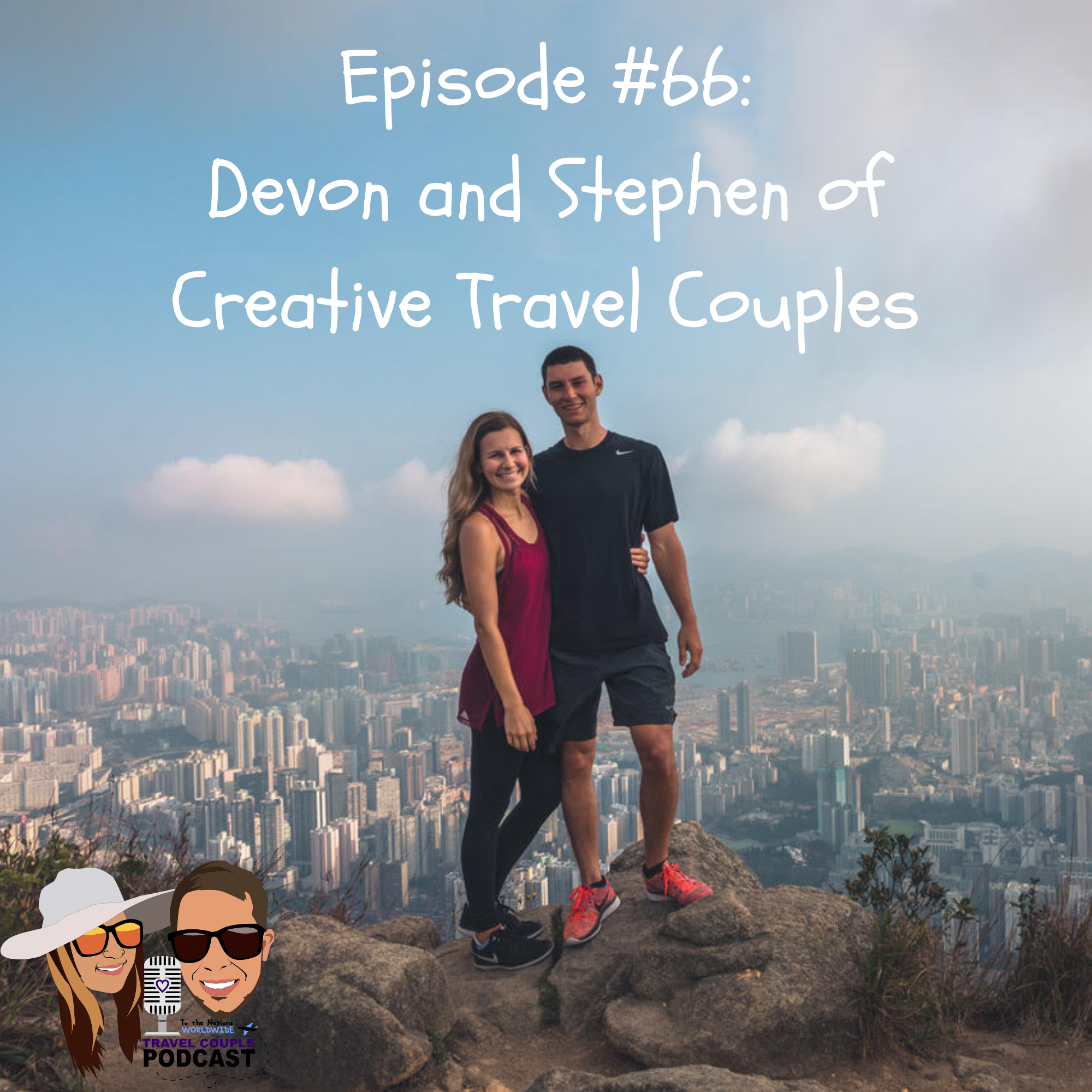 In this episode, we are joined by Stephen and Devon who created Creative Travel Couples. They moved on from their lives in the United States to travel the world together for two years. They created a community around travel couples with Creative Travel Couples, have since created another Instagram account @travlcouples, have their own personal accounts @barnadrift and @devstination, and are working on launching their own line of products for travel couples called Rovence. We talk with them about this and so much more.

Stephen and Devon met in sophomore year at Florida State University where they graduated together and moved to Kansas City where Stephen was going to medical school and Devon was working. Two years into medical school, Stephen decided he had enough and convinced Devon to quit her job and they started a two year round the world trip beginning in New Zealand.

On their two year trip they continued from New Zealand to Australia, went through Asia, flew over to Europe and traveled through the continent before returning back to the United States where they continue to travel.

Why travel? For Stephen it is about freedom. Immersing yourself into new experiences and not having to plan their travels provides the freedom for them to do whatever they want and whenever they want. For Devon, she loved to read when she was younger which made her want to get out into the world to experience the places she read about.

Their most rewarding travel experience for Stephen came from an unexpectedly enjoyable experience in France. For Devon it comes from the inspiration that travel provides for her that has her inspired to write a fiction book based on her travels. Their most embarrassing travel experience came in France when they could not figure out a toll road booth where language was a major barrier which caused them to create a back up on the expressway. Their worst travel experience was in Bali when Devon had a really bad allergic reaction which led them to the hospital for multiple days before going back to the United States.

Even with such a horrible experience, their AirBnB host and the locals were so helpful including paying their medical bills at the beginning when they did not have any cash on them and they were unable to get some late at night and even coming back to check in on Devon to make sure that she was okay.

Traveling is the best thing that you can do in a relationship. To travel and share in the memories with someone that you care about. It is such a different dynamic from being at home and only seeing each other after a day of work compared to traveling with each other and being together all day long. This is a great way to test a relationship and to see what the two of you can go through together while on the road.

Their travels are planned together and a lot is left to be flexible in order to take advantages of opportunities that arise. One of which included their trip to Bali when they met someone who told them that they should visit Bali while in the area of New Zealand and Australia.

Stephen advises couples to go ahead and book a one way ticket. Force yourself to book something and then begin to make your plans around that. It forces you to take action as the hardest part is taking the first steps. This is exactly what they did when they began their two year adventure traveling around the world together.

For Stephen and Devon, their online presence began with their own personal account and were keeping up to date with it five months into their two year trip together. From this, after getting more involved in the community, they saw that there were not a lot of content and communities for travel couples at the time. This is when @CreativeTravelCouples began and later @TravlCouples to share other travel couples as well.

Really excited that @creativetravelcouples is about to hit 100k! ? I literally couldn’t imagine traveling the world without Devon and it’s been amazing to have a community for couples who love travel as much as we do ✈️! Have an excellent weekend everyone ☺️

More About Stephen and Devon 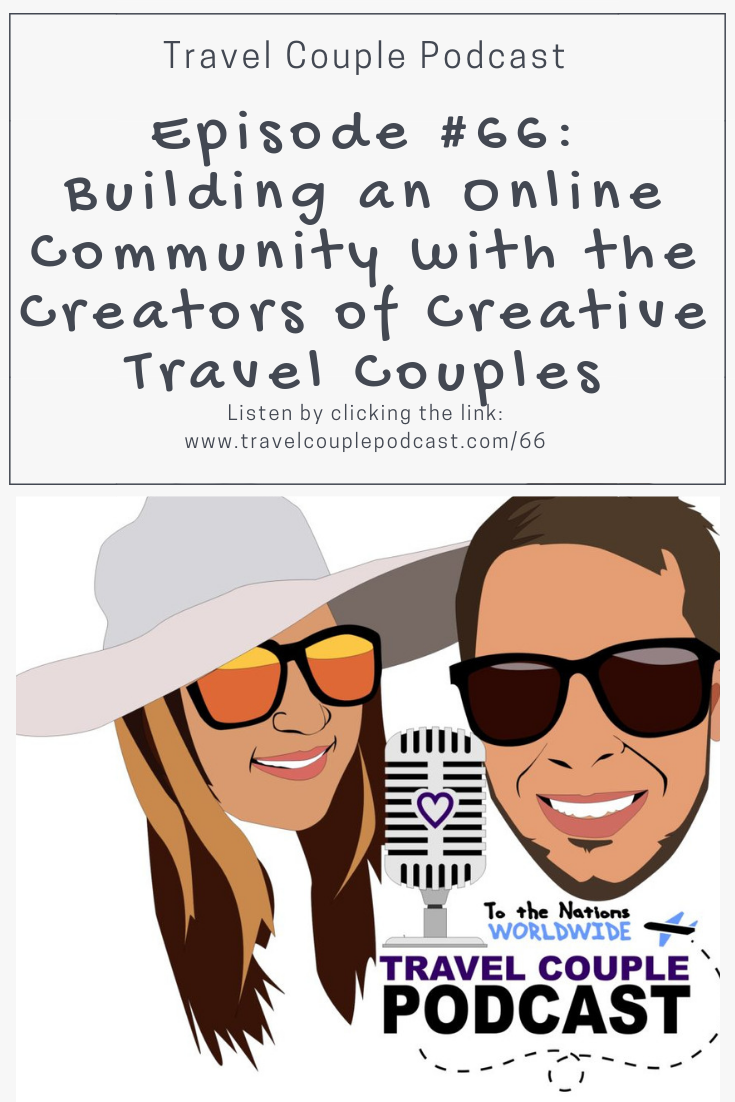 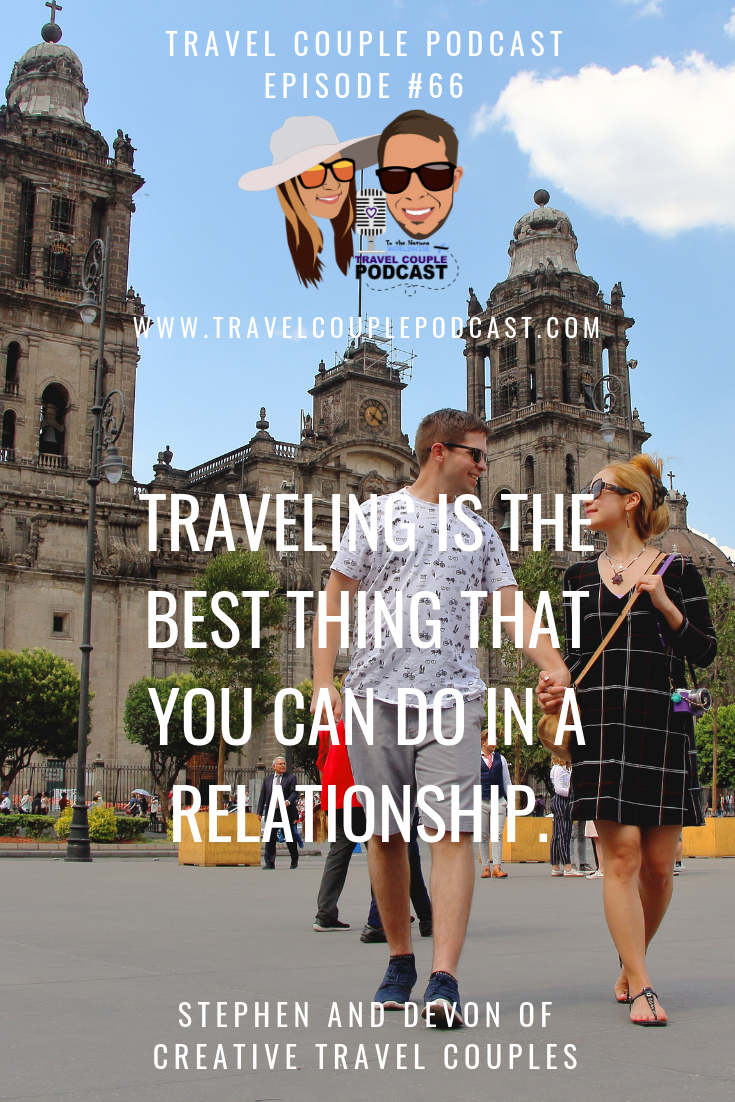 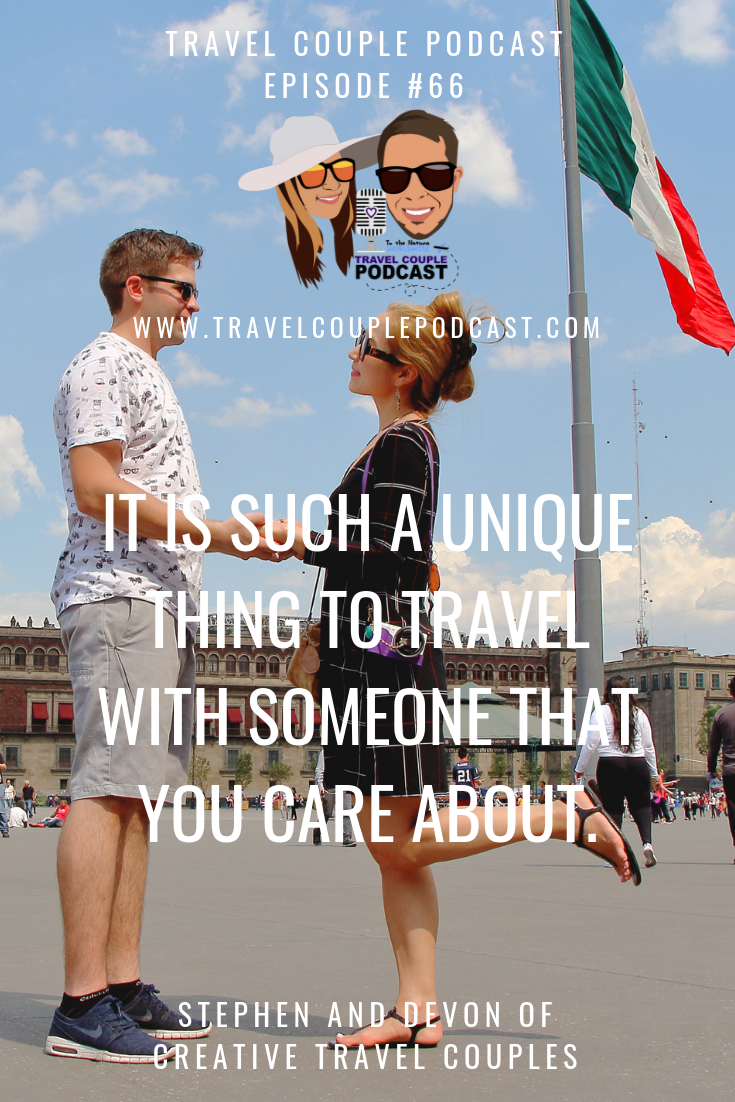 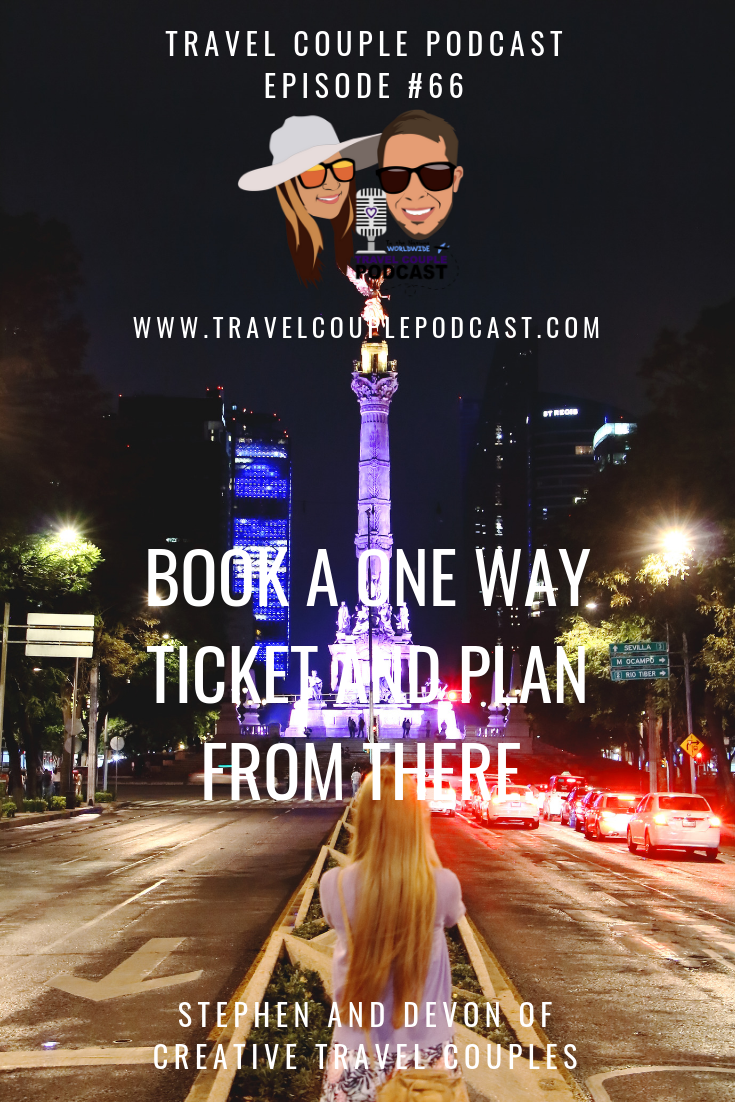